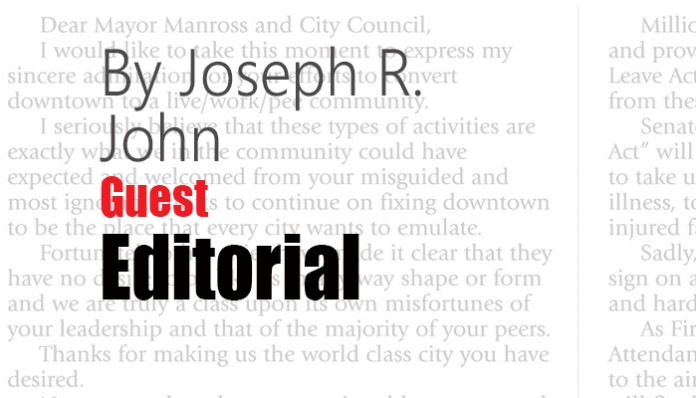 In 2007, four U.S. Communist groups formed an alliance in order to work toward taking control of the Democrat Party in California, and then in other states, with the ultimate goal of taking control of the National Democrat Committee.   The long-term plan included the indoctrination of students at all levels of public school education, and in colleges around the country, in order to convince millions of students that the Constitutional Republic had been a massive failure, while at the same time, painting a positive image of Socialism.  The goal was to gain the support of generations of naïve students, with the expectation they would eventually help the Communists gain control of local, state, and the federal government.  Their detailed plans are outlined in the attachment, labeled The Inside/Outside Project.

“Give me just one generation of youth and I’ll transform the world.” – Vladimir Lenin

Traditionally, for over 200 years, the curriculum in public schools and in state colleges was developed and controlled by local school boards and individual state Education Departments.  In 2008, then Arizona Governor Janet Napolitano led a Common Core Task Force composed of commissioners of education, governors, corporate chief executive officers, and recognized experts in higher education.  In December 2008, that Task Force developed what became known as the Common Core State Standards, those state standards were then adopted by 45 states and the District of Columbia.

The Common Core Curriculum State Standards became the mechanism by which the Federal Government took control of public education. The Obama administration required states to adopt Common Core State Standards, implemented by the Department of Education.  The 50 state Education Departments were informed that it would be much easier to receive federal aide to state education, if the states adopted the Common Core Curriculum for their public schools.

The new US History textbooks eliminated events, misrepresented facts, inserted new individuals who were unimportant, defamed the Founding Fathers, criticized the US Constitution, falsely reported the massive genocide of Native Americans, covered up the fact that the US fought wars to free millions of enslaved people, and invented an inaccurate and wholly negative impression of the Republic, as being cruel, racist, oppressive, violent, and discriminatory.  US History textbooks now enumerate the contributions of Sikhs, LGBTs, Filipinos, Japanese, Chinese, Mexicans, black Americans, Hindus, and many other group—it’s a modern Socialist handbook.

It became obvious that failure to adopt Common Core State Standards would make federal financial aid to states more difficult to obtain, and/or would delay financial aid to states an unreasonable long period of time.  Implementing the Common Core Curriculum also required states to purchase approved textbooks for each course, including a newly revised US History textbook.

The Common Core Curriculum’s re-educated America’s youth, by not only misrepresenting the US History of the Republic, but by misrepresenting the character of Socialism.  American students have never been informed that Socialism has failed miserably in 37 countries over the last 100 years, and that it was responsible for the murder of 60 million formerly free citizens in most of those 37 countries.  Students are not taught that the current example of a Socialist government is Venezuela and Cuba.

The Common Core Curriculum eliminated Civics Courses previously taught in public schools for hundreds of years.  The concepts of Freedom of Speech, Freedom of Religion, and The Right to Bear Arms are regularly attacked and restricted on the grounds of college campuses, in college lectures halls, and in college classrooms.

Today multiple generations of students are not taught the importance of, nor do they understand the Declaration of Independence, US Constitution, Amendments to the US Constitution, the Bill of Rights, how the three branches of government interrelate, why the Electoral College is so important, the Judicial System (the Supreme Court, the 13 Appellant Courts, 94 Federal District Courts, 3 Territorial Courts, etc.).

Civics in public schools  has been replaced by Ethnic Studies.  Now grammar, middle, and high schools across the nation are provided with classroom instruction in Ethnics Studies that has been destroying the positive culture of America’s society.  Students are being taught that race, class, gender, sexuality, and citizenship status are tools of oppression, power, and white privilege.  Students are being misled about state violence, racism, male toxicity, intergenerational trauma,  heteropatriarchy, and that there is a common thread that link them.

Students are being graded on how well they apply the above listed concepts they are being indoctrinated with in classroom instruction and are being evaluated on how they apply those concepts in their writing assignments, classroom discussions, and in their community organizing projects.  Teachers around the country are offering Ethnic Study classes, units, or lessons on their own initiative, citing a growing urgency to confront racism, sexism, homophobia, white  privilege, and other entrenched social inequalities. There is a national movement to require students to have a passing grade in Ethnic Studies, in order to graduate from high school.

Since the Common Core Curriculum courses in US History misrepresents and denigrates the accurate US History of the Republic, the curriculum must be revised.  The inaccurate, perverted, and misleading US History textbooks must be rewritten to present an accurate and positive history of the Republic. Since 2008, many generations of America students have never been taught, or have little knowledge of the accurate facts about US History, but have been indoctrinated in how beneficial and superior to democracy, Socialism is for the United States.

Civics must again be taught to all American students as it once was taught to them for hundreds of years.  Having a knowledge of the Declaration of Independence, US Constitution, Amendments to the US Constitution, the Bill of Rights, how the three branches of government interrelate, and the US Judicial System, would give students an appreciation of the Freedom of Speech, Freedom of Religion, and that all law- abiding citizens have a Right to Bear Arms.

Ethnics Studies demeans the United States and misleads American students to believe the US is racist, violent, oppressive, supports white privilege, homophobic, supports male toxicity, a heteropatriarchy society, etc.; that type of daily misleading vilification of the US being taught in millions of classrooms daily, to American students, must cease. Instead Ethnic Studies should support Freedom of Speech, support Religious Liberty, eliminate Political Correctness, support interracial cooperation, support legal immigration, oppose voter fraud, support Law Enforcement, promote patriotism, promote support for the US Armed Forces, and so much more that is positive.

Unfortunately, many public schools, especially in major metropolitan centers, have been turned into indoctrination centers, and many refugees and Illegal Alien public school students refuse to assimilate, do not agree with US values, and are bad bet for adjustment in the United States, like legal immigrant have been for 100 years. The US Census Bureau released it’s Annual Community Survey,  it found that 22 million of the 44 million foreign-born US residents are not U.S. citizens. (DailyMail.com reported.)

Degrading the US History of the Republic, while promoting Socialism to America’s students since 2008, resulted in 51 % of American’s youth preferring Socialism to Democracy.  Now 72% of voters between 18 and 34 prefer receiving basic government income (Hill-HarrisX poll), and millions of millennials have demonstrated their support for Bernie Sanders’, Elizabeth Warren’s, and the Democrat Socialist Party’s Radical Socialist policies.

A quote from the late Czech college professor and Communist Party lawmaker, Milan Hübl, Ph.D. explains what the four Communist groups have been working to accomplish, since they created their Inside/Outside Project, in order to gain control and support of many generations of naïve students.

Professor Hübl stated, “The first step in liquidating a people is to erase its memory, destroy its books, its culture, and its history.  Then have somebody write new books, manufacture a new culture, invent a new history.  Before long the nation will begin to forget what it is and what it was. The world around it will forget even faster.”

“If only today’s schools still presented America as a nation of great ideals and progress, instead of a racist failure.”