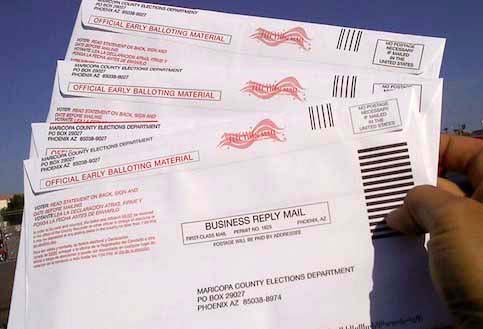 This past November, Maricopa County experimented with an all-mail voting system for the 2017 mid-term elections. For the first time using this process, things seemed to go rather smoothly. As reported by Maricopa County Recorder, Adrian Fontes, analysis points to this new approach being an “overwhelming success.”

As outlined in the aforementioned report, the results stemming from this new voting process had no direct affect on the final voter turnout tally. Fontes summed up the findings by saying, “The elections department views that as a success: Voters were offered a new method of voting, and they used it.” Of the 1 million plus ballots that were mailed to voters within Maricopa County, over 245,000 were mailed back with the corresponding citizen’s vote.

Following the inefficiency of the 2016 presidential election, which was the same election where Fontes was appointed County Recorder, the office-member vowed to address the archaic nature of the election process. His promise to modernize the county’s way of voting was his new agenda, with his top priority being to cut down on long lines and wait times at the poll centers. Having an all-mail voting system did just that.

As per the report, implementing an all-mail voting system helped make Election Day a more efficient process. The report printed that, “Reducing confusion on Election Day by only having one manner of voting is an extremely valuable feature of all ballot by mail elections.”