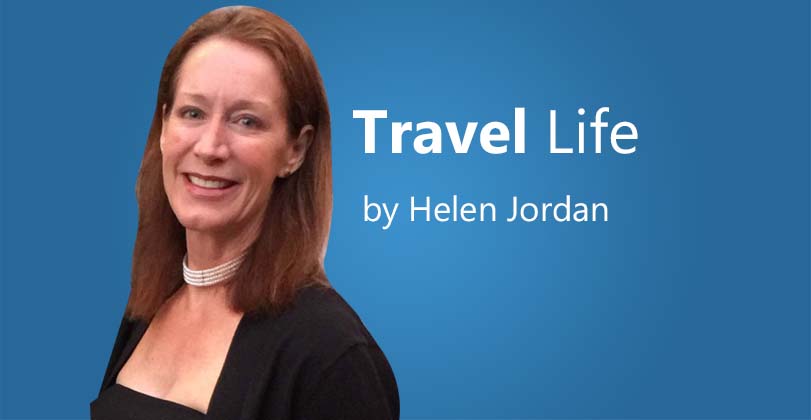 I was supposed to sail on the Danube, but Austria was shutting down due to Covid. Then before I headed to the airport, AmaWaterways called with an offer I couldn’t refuse – “Sail on our new ship, AmaLucia, from Basel to Amsterdam.” Always game for a travel adventure, I was in. After all, my bags were packed and I was ready to go.

River cruising is popular for the variety of scenic rivers full of history with picturesque towns and great cities along their length. The majestic Rhine flows from the Swiss Alps to the North Sea and empties into the deltas of the Netherlands. The Rhine valley holds a romantic fascination with castles perched on high rocky points, built in the Middle Ages by princes who gathered enormous wealth by taxing the traffic passing along the Rhine River.

Starting in late November, the weather was chilly for this desert dweller with lows in the 20’s & 30’s and highs up to the 40’s. With my mittens and layers, I proceeded with the trip.

AmaWaterways offered a choice of complimentary tours in each port. First stop, I chose the picturesque medieval village of Riquewihr with its half-timbered houses and huge stork nest. In the evening, I was invited to The Chef’s Table for the Chaîne de Rôtisseurs dinner with wine pairing. Next day was a walking tour of pretty Strasbourg (a UNESCO World Heritage Site) with its monumental cathedral featuring carvings as delicate as lacework. The city changed hands between the German and French four times from 1870 and 1945.
I chose the Philosopher Hike in Heidelberg and then enjoyed the fact that I could choose between a visit to a family run winery and taste their Riesling wine or taste Rüdesheimer coffee that evening in Rüdesheim. The next morning I chose the vineyard hike – definitely uphill for a significant part of the hike!

We continued our journey through the Rhine Gorge in the afternoon where no fewer than 30 castles or ruins lined our path toward Cologne. This city of Cologne was one of my favorite stops. The Christmas Markets were buzzing and I enjoyed the city walking tour with Kölsch beer tasting served with potato pancakes & applesauce.

Our last stop was Amsterdam where I enjoyed a canal cruise in the aptly named “Venice of the North.” I was amazed by the skill of our canal ship captain and his ability to maneuver through the canals and under bridges.

What I loved about this cruise was the diversity in travelers’ ages – from 30’s to 70’s, with a majority in their 40’s and 50’s. Several guests took advantage of the cycling tours, which I wanted to do, but I’m a wimp and it was a bit chilly for me. There are tons of options to stay active or to simply relax. I felt cared for, safe, and loved that the cruise line came through for me during this crazy Covid era. I’m happy to share my experience, if you’ve been thinking about a river cruise in your future.

Helen Jordan is the owner of Jordan Luxury Travel, an independent affiliate of Brownell Travel, a member of Virtuoso. She can be reached at helen@jordanluxurytravel.com.