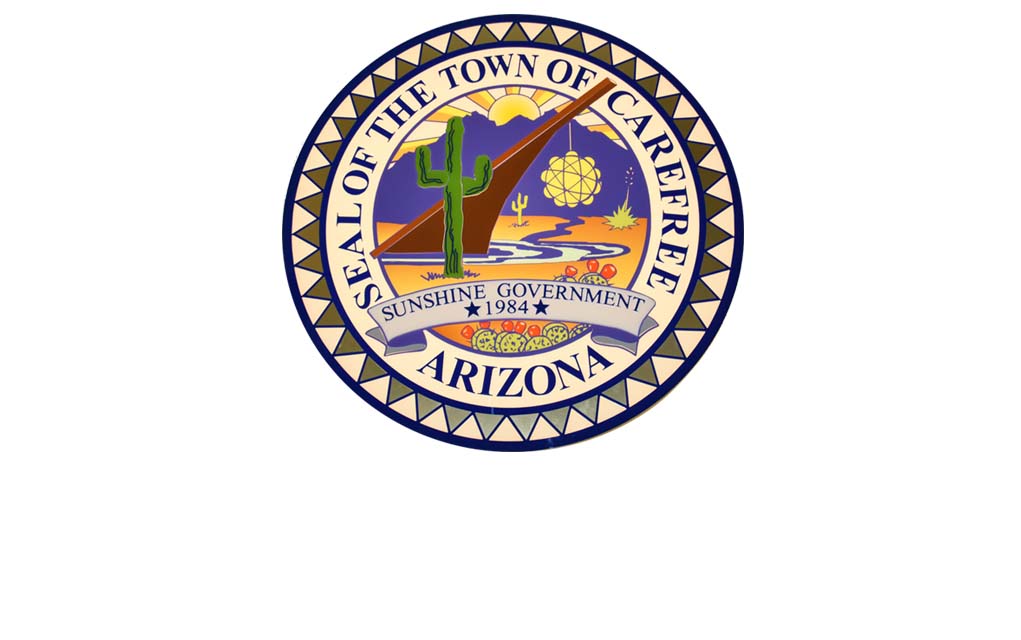 Carefree – On December 7, 2021, the Carefree Town Council approved a Major General Plan Amendment for approximately 21 acres at the northwest corner of Tom Darlington Drive and Carefree Highway. The new designation, Special Planning Area, is targeted towards a resort/hotel development. The site consists of five parcels, which were previously designated for Very Low Density Residential. According to Steve Prokopek, Economic Development Director, this location has been discussed over many years as a commercial property, with the corner parcel platted at 10 acres. “It really makes sense to put commercial uses at commercial intersections on arterial streets,” said Prokopek, “We evaluated different types of uses including neighborhood retail and hospitality. Through the neighborhood engagement process, it was clear that the most compatible commercial use is a low-density destination resort.”  The amendment itself details use requirements such as provisions for natural desert, preserve natural washes and rock formations, unique non-branded architecture, adequate buffers, and development intensities that match neighboring uses.

The General Plan Amendment process as conducted by Mr. Prokopek, included two neighborhood meetings, as well as six community open houses to seek input. Prokopek noted this was a collaborative effort with the neighboring residents to ensure the best fit. He added, “Keep in mind, this is just for the land use. Any further development will still require a rezoning and site plan approval, and it is important that any future developer sincerely engage the adjacent neighbors.  We believe the General Plan amendment to be a starting point, but there is still much work and engagement to be done to get a quality project.”

Asked why the Town underwent the amendment, Prokopek discussed the need for the Town to diversify its commercial base. The Town of Carefree is reliant on sales tax to provide services, as it does not collect a local property tax. While revenue is a need for the Town, Prokopek further commented, “My role is to ensure the economic viability and sustainability of Carefree. However, regardless of the need for revenue, this type of use, at this location, makes sense, and will allow Carefree to build upon its destination brand strategy already consisting of Civana and the soon to open Hilton.”