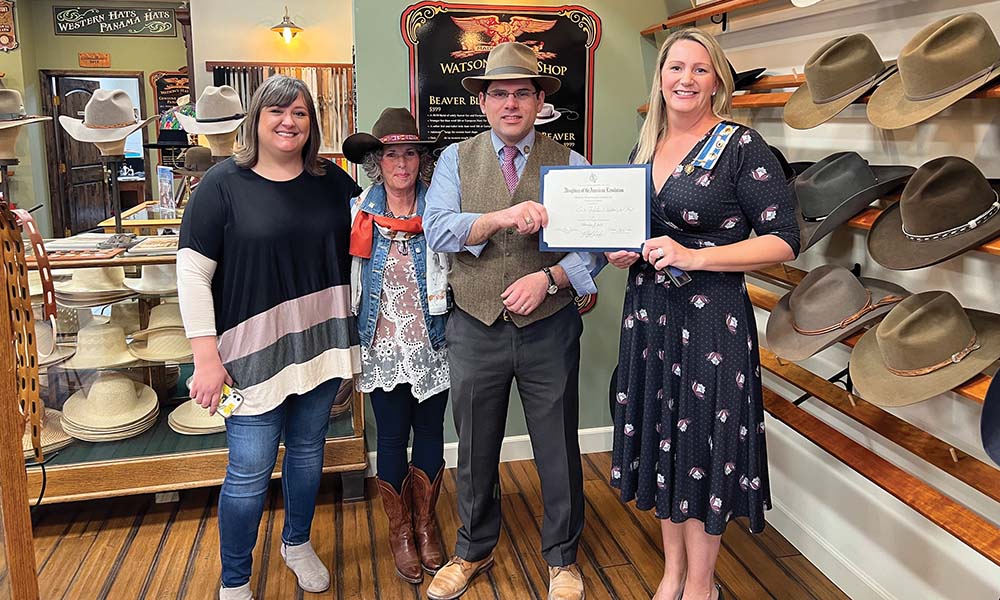 The Excellence in Historic Preservation Medal was presented to Eric Watson, Master Hatter, in recognition of preserving traditional hat making techniques with antique hat making equipment ensuring that a piece of American history lives on in each hat that he creates.

The Daughters of the American Revolution is dedicated to preserving American history, and the Watson Hat shop brings history to life with each hat made. With traditional craftsmanship, the equipment used in Watson’s Hat Shop dates as early as 1860 with antique crown irons and wooden hat blocks. Not only does Eric Watson make new hats in traditional ways, he also does hat restorations. You can visit Watson’s Hat Shop in Stagecoach Village 7100 East Cave Creek Road in Cave Creek.

The National Society Daughters of the American Revolution was founded in 1890 to preserve the memory and spirit of those who contributed to securing American independence. The DAR is a women’s service organization whose members can trace their lineage to an individual who contributed to securing American independence during the Revolutionary War. Today’s DAR chapters participate in projects to promote historic preservation, education, and patriotism.