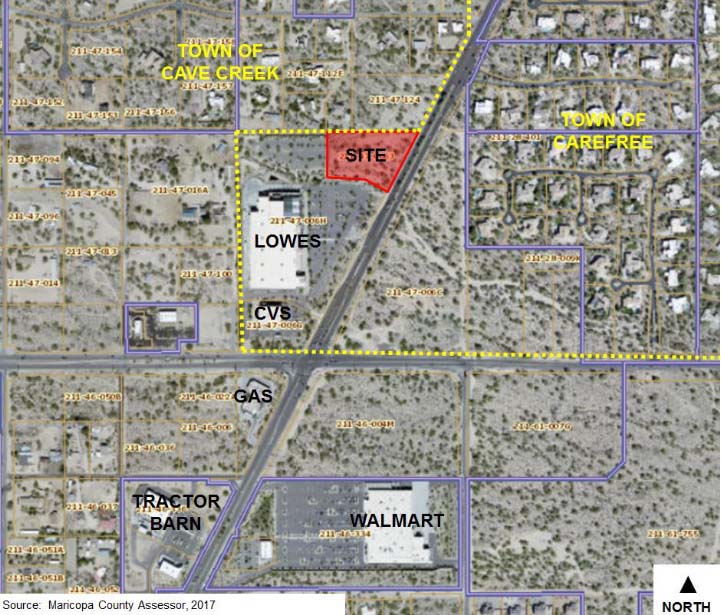 A large turnout was on hand when the Carefree Planning and Zoning Commission met Monday evening March 12. First up was a project proposed for the west side of Cave Creek Road just south of Christ Anglican Church. The 3.6 acre plot is a ‘remnant parcel’ that is a ‘V’ shaped lot separated from the rest of the town to the east by Cave Creek Road and is bordered by the Town of Cave Creek to the west. The Commission had to decide whether or not to amend the General Plan and change the parcel from Low Density Residential to Moderate Density Residential. A second item referred to the same parcel, requesting it be rezoned from R1-35 Single Family Residential to R-3 Multi-Family Residential. Since both agenda items addressed the same location, discussion was allowed on both at the same time but the board had to vote on each agenda item separately. If the General Plan amendment failed, the rezoning vote was a moot point. 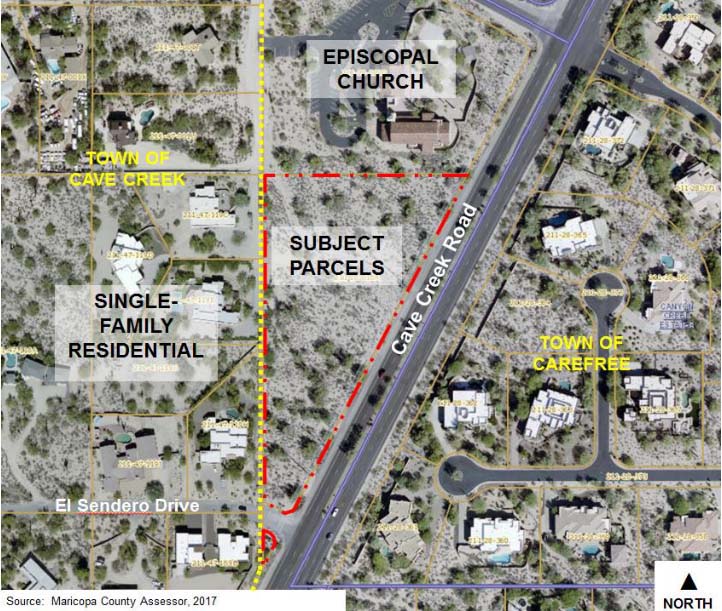 Many people spoke out against the proposal citing primarily concerns over traffic and loss of property values. Based on documentation provided by the developer, the new homes would cost in the range $400,000 to 465,000. Homes in the surrounding areas are valued from the upper 600’s to $1 million dollars.

The commission then took on a proposal just down the street for a 650 unit indoor self-storage facility. This also occupied 2 items on the agenda that were discussed together. A Special Use Permit (SUP) for the facility would first be required. As this land was already zoned commercial such a permit could be allowed with business classified as a ‘warehouse’. The second item would be approval of the site plan which would go into effect if the SUP were approved by the Carefree Town Council.

The proposed 2 story Storquest building would be located just north of the current Lowe’s store, sit on a 2.8 acre site, have a footprint of about 32,400 square feet, and have a maximum height of 30 feet.

Minimum setback to the north would be 60 feet, with 40 feet being a landscape buffer. Interior storage units would range in size from 5’ by 5’ to 10’ by 20’.

The commission voted to recommend the SUP approval by the Town Council. The site plan was approved by the Planning & Zoning Commission.