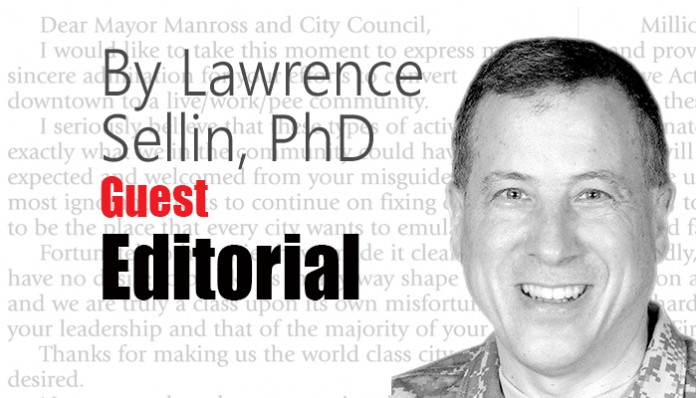 The U.S. has largely viewed Islamic terrorism as a monolithic threat with varying degrees of extremism distributed among various geographic locations.

We have often not adequately appreciated the historical, ideological and geopolitical subtleties underlying Islamic terrorism and, consequently, missed opportunities to enhance our national security by effectively pitting one faction against another, if not by defeat, then by disruption.

For example, an extraordinary and mostly unnoticed diplomatic démarche occurred in Kabul on August 7, 2017, when the senior Saudi diplomat in Afghanistan, Charge d’affairs Mishari al-Harbi, accused Qatar of supporting Taliban “armed terrorists” even though Saudi Arabia itself had long been a financial backer of the Taliban and, together with Pakistan and the United Arab Emirates (UAE), officially recognized the group when it assumed control of Afghanistan in 1996.

At a high level, that event can be traced back to the centuries-old conflict between Sunni and Shia Islam upon which modern geopolitical interests are layered.

The basis of the Saudi action, however, was a continuation of the June 2017 diplomatic breakdown among Gulf Cooperation Council (GCC) states and isolation of Qatar, initially by Saudi Arabia, UAE, Bahrain and Eqypt, that included severing of diplomatic ties, border closing, an embargo and the expelling of Qatari diplomats and residents expelled from GCC countries. Qatar was accused of sponsoring terrorism and meddling in the affairs of other GCC countries, specifically through its support of the Muslim Brotherhood and Hamas.

Although Qatar is indeed a major supporter of radical Islam, the root cause of the conflict is Qatar’s amicable relationship with Saudi Arabia’s Shia nemesis, Iran, with whom Qatar shares a natural gas field in the Persian Gulf. Because Qatar’s major export is gas not oil, it is less under the political domination of Saudi Arabia, often pursuing an independent foreign policy, which is not appreciated in Riyadh.

The Saudis’ hostile rhetoric in Kabul was meant to discourage independent Saudi donors from supporting the Taliban and, by de-legitimization of the Taliban, undercut Qatar’s effectiveness as a mediator between the Taliban and the Afghan government.

One factor contributing to the Saudi break with the Taliban is the increasing support the Taliban have accepted from Iran. In addition, the ambassador to Afghanistan of Saudi ally, the UAE, was wounded and five of its diplomats were killed in the January 2017 Kandahar bombing, which was allegedly planned at the Afghan Taliban-linked Mawlawi Ahmad Madrassa in Chaman, Pakistan.

Over the last decade, there has also been a shift in Saudi funding to Pakistan away from Deobandi groups like the Taliban to the more extreme Ahl-i-Hadith sect, the Pakistani equivalent of Wahhabism. Local sources in Pakistan have reported that Saudi Arabia is providing funding for Jihadi training camps in order to launch attacks on Iran from Balochistan.

All of the above accentuates the importance for U.S. policy makers to understand and exploit elements of the Sunni-Shia struggle, the divisions among Sunni extremist groups and the geopolitical vulnerabilities of the nations who sponsor terrorism.

The ideology that sustains radical Islamic terrorism is really an amalgamation of ideologies, whose inherent incompatibilities can be exploited to create conditions whereby the ideologues attack each other or, at a minimum, are kept continuously off balance.

That is what a winning strategy looks like, not troop levels and nation building.

Lawrence Sellin, Ph.D. is a retired colonel with 29 years of service in the US Army Reserve and a veteran of Afghanistan and Iraq. Colonel Sellin is the author of “Restoring the Republic: Arguments for a Second American Revolution “. He receives email at lawrence.sellin@gmail.com.