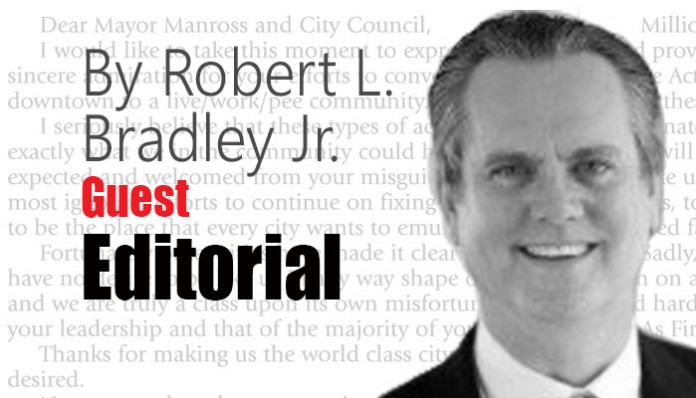 The Department of the Interior recently issued a request for information on a five-year plan for leasing offshore federal areas to oil and gas developers. This is encouraging news, as America’s Outer Continental Shelf (OCS) is estimated to hold as much as 89 billion barrels of oil and 327 trillion cubic feet of natural gas. In terms of U.S. usage, that’s 12 years of oil and of gas alone.

President Obama’s five-year leasing plan allowed no new drilling in most of the country’s largest offshore regions. With today’s request for information, the Trump administration has begun the process of overhauling that ill-conceived plan so that Americans can reap the full rewards of our nation’s valuable energy resources.

Oil and gas development in the Atlantic OCS alone would create an estimated 280,000 free-market jobs, while generating $51 billion in new tax and royalty revenue.

Offshore energy projects along the Pacific coast would deliver even more substantial benefits. Unlocking the oil and natural gas resources in that region could add $28 billion to our economy each year, while creating 330,000 new (non-taxpayer-funded) jobs across the country.

The most obvious effect of this newfound energy abundance would be a significant reduction in energy costs for American families. This is precisely what happened when the widespread adoption of hydraulic fracturing sparked a domestic energy renaissance a decade ago.

Thanks to the surge in shale oil and gas production around the country, the average American household saw its annual energy spending drop by more than 14 percent between 2008 and 2014. Spending on natural gas dropped by more than quarter over that period, and fuel oil expenditures plummeted a whopping 28 percent.

Another deluge of oil and gas from the United States would also benefit both national and global security, as fewer countries would be reliant on volatile, hostile, non-capitalistic regimes for their energy needs.

Lower fuel bills and increased national security explain why three-quarters of Americans support an increase in domestic oil and gas production. Even in areas most affected by drilling in the OCS, the practice enjoys wide support. Indeed, a strong majority of voters in North Carolina, South Carolina, and Virginia favor offshore development.

Opponents of drilling in the OCS, meanwhile, are almost entirely motivated by an environmentalist ideology that treats any investment in carbon-based energy as a crime against the planet. This stance runs counter to the economic interests of most Americans — not to mention the basic facts of our energy economy.

Like it or not, roughly 80 percent of the energy Americans consume comes from fossil fuels. And the nation’s disproportionate reliance on these energy sources isn’t likely to change in the near future. In fact, the U.S. Energy Information Administration projects that, in 2050, petroleum and natural gas will account for nearly 70 percent of domestic energy consumption.

Environmentalists’ attempts to change this reality by blocking oil and gas development and subsidizing less efficient alternative fuels merely force Americans to pay higher prices to heat their homes, fuel their cars, and keep the lights on.

The Trump administration deserves credit for admitting these facts and standing up for the interests of everyday Americans. The recent request for information begins the process of opening up the country’s offshore acreage for oil and gas development. That policy shift can’t come soon enough.

Robert L. Bradley Jr. is the founder and CEO of the Institute for Energy Research.