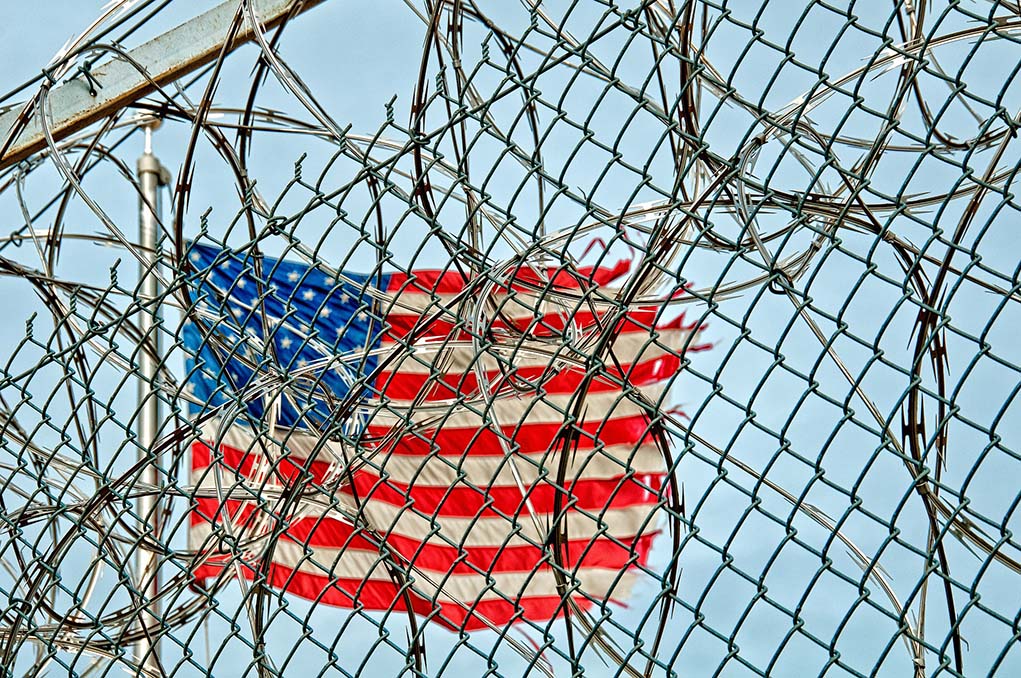 The 9th Circuit Court of Appeals put a pause on some of President Trump’s anti-immigrant, anti-refugee actions, while at the same time Trump’s Deportation Force has been kicking into high gear. Over the past week, residents of Arizona, California, and Texas, among others, have had to mobilize quickly in response to Trump deportation raids.

As the New York Times editorial board writes, “What was always most alarming about Mr. Trump’s posturing on immigration wasn’t the wall, which will never be built in the way he describes it. It is instead the prospect of ramped-up enforcement that promises to increase misery on both sides of the border. The criminalizing of law-abiding immigrants who have lived in the United States for years, and of the migrants from Central America who arrive desperate for refuge. The households sundered, the jobs lost, the brutal idiocy of it all.”

Erika Andiola, Political Director of Our Revolution, said, “While home and workplace raids are all too familiar in the immigrant community, we are seeing raids on a much bigger scale. Across the country, people heard the story of Lupita Garcia, a loving mother of two U.S. citizen children, who was deported yesterday. Lupita is, unfortunately, one of many who Trump will deport and then try to brush under the rug. That’s why we are issuing a call to action to our elected officials – not for rhetoric and speeches – but to show how they will stand up and defend our communities. We are ready to stop the vans and put our bodies on the line to block deportations, but we need everyone’s support.”

Jen Smyers, Director of Policy and Advocacy for Church World Service’s Immigration & Refugee Program, said, “This executive order is not a 120 day pause on refugee resettlement – it’s a refugee ban and the decimation of the resettlement program. Since each and every part of the screening process has a strict validity period, a four month suspension will result in a domino effect of expiration dates, and it will send refugees who have already completed the process back to square one. We are turning our backs on the very people we promised to protect, who have done everything we have asked of them.”

Karen Tumlin, Legal Director of National Immigration Law Center, said, “The 9th Circuit decision in State of Washington v. Trump means that the chaos that unfolded immediately after the Muslim ban was announced will be kept at bay. More fundamentally, it means that the promise of safety and opportunity in America that we made to folks like our client, Mr. Darweesh – who risked his life to aid our troops in Iraq – will be kept.”

Lynn Tramonte, Deputy Director of America’s Voice Education Fund, said, “Over the past two weeks, America has had a glimpse of what Trump’s Deportation Force looks like. We saw it in action at the airports, and we’re seeing it in our communities. I just came from a meeting in Ohio where mothers were asking what they can do now to make sure their kids are cared for the women are taken by immigration. Think about that, as a parent. It’s horrifying to have to think that way. And think about that, as an American. Is that really the way to treat hardworking people? Is that really the country we want to be? ”