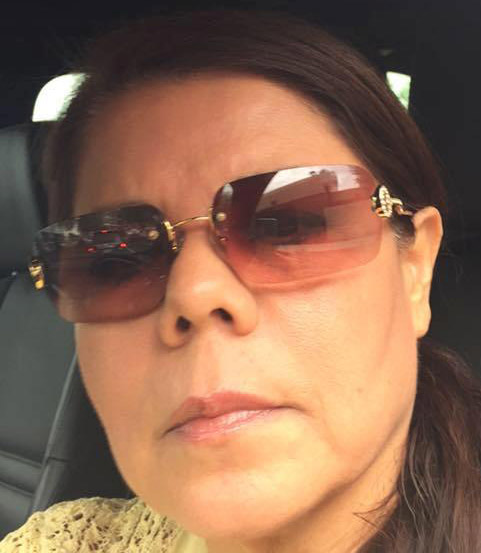 PHOENIX – On Oct. 17, 2016, Isamary Diaz, 56, of Phoenix was sentenced to 12 months and one day in federal prison with one year of supervised release for failure to file accurate tax returns in order to cover up the fact she was employing illegal aliens she helped smuggle into the country to work in her five Phoenix area restaurants.

Diaz then exploited those employees by not paying them the federal minimum wage.

On Oct. 17, Diaz pled guilty to an Information charging her with one count of willful failure to collect or pay over tax, a Class E felony offense, and one count of failure to pay minimum wage, a Class B misdemeanor.

The plea agreement describes the following factual basis for the charges the government said it could prove beyond a reasonable doubt if the matter were to proceed to trial.

Beginning in 1995, Diaz owned and operated five restaurants in Phoenix under the name Armando’s Mexican Food.

Diaz was primarily responsible for the business’ operation and financial decision making, including all employment, payroll and tax filing matters.

Some employees were compensated with employment taxes withheld and reported on the quarterly tax reporting Form 941.

However, Diaz also employed a number of illegal aliens who were paid exclusively in cash with no taxes withheld and unaccounted for on Form 941.

The government noted several key factors that led to its sentencing recommendations.

Although not charged with any immigration law violations, the memorandum pointed out Diaz employed a large number of illegal aliens whom she paid exclusively in cash.

The memorandum referred to Diaz’s conduct as “prototypical labor trafficking and debt bondage.”

Diaz admitted she deliberately kept the illegal alien workers off her books “because she wanted to cut down on payroll expenses and that it was too much work and stressful to be accurate.”

The memorandum states Diaz did not simply fail to pay some tax or her employees a minimum wage, and “to limit the case in that way would completely ignore the sophistication and deliberateness of Diaz’s scheme.”

It goes on to states, “In an effort to evade taxes and pay low wages, Defendant Diaz actively sought out a vulnerable work force through her smuggling activity and her employment practices. And as such, and because she knowingly employed individuals with no documentation, she engaged in deliberate and unlawful tax filing practices and paid far less than the amounts she and her businesses owed. Defendant Diaz willfully enriched herself and chose to run her business in a manner to enrich herself with her smuggling and employment practices.”

While noting Diaz had no prior criminal history, the memorandum stated she is not a first-time offender and her criminal conduct began long before the investigation began and well before the current enforcement action.

Diaz’s abusive employment conduct, smuggling and tax filing conduct continued throughout the time Diaz owned and operated restaurants in the area – a period of over 20 years.

It notes her lack of a prior criminal record only “reflects just how well Diaz hid her fraudulent conduct, and how effectively she concealed this scheme from her own accountant, the IRS and the Labor Department.

Diaz was said to have repeatedly ignored the advice and guidance of her accountant out of greed.

The U.S. Attorney’s office asked the court to “not consider Diaz’s lack of a prior criminal record as a mitigating factor that would warrant a lesser sentence. Doing so would essentially reward Defendant Diaz for many years of criminal success.”

Diaz became a woman of substantial means as a result of this fraud with a net worth of more than $2 million.

It was only after Diaz became aware of the enforcement action in 2013 that she began paying illegal alien workers by check.

If it weren’t for the enforcement action, the government claims Diaz’s employment, smuggling and tax crimes would have continued unabated.

Although the probation department’s Presentence Investigative Report recommended a term of probation based largely on Diaz’s lack of criminal history, the government stated, “With due respect, the government submits that a probationary sentence does nothing to afford adequate specific and general deterrence for the defendant’s deliberative and long-term actions. This case is not a simple economic crimes case. To characterize it as such fails to recognize the sophistication of Diaz’s scheme.”

Calling for deterrence considerations, the government believed the court’s sentence of Diaz would be likely to have a very significant effect on other business owners and employers, as it recommended a sentencing range of 12-18 months.

Stating labor trafficking is a “notoriously difficult crime to investigate and prosecute,” the government asked the court to consider Diaz’s relevant conduct and see the case for what it was: “the exploitation of individuals for monetary gain.”

Attorney Neil C. LaBarge, on behalf of Diaz, countered that the probation department’s recommended sentence of five years probation for each count to run concurrently was reasonable and appropriate as he presented a narrative about Diaz’s history including how the split with her husband in 1999 caused her to raise their daughter, who was 12 at the time, primarily as a single mother.

LaBarge goes on to state Diaz’s subsequent eight-year relationship with a man named Jorge Alderete ultimately ended “when it became clear that Mr. Alderete was running the restaurant in a poor manner, and was having an affair with another woman.”

Although Diaz began seeing a therapist for “minor” depression in 2012, LaBarge claimed “It was much more than minor, and instead seriously affected her psychologically.”

LaBarge said this contributed to Diaz’s inability to effectively oversee the business and properly focus on all important associated matters.

He wrote, “Frankly, while it is not an excuse, during this phase of her life, it was easier for her to neglect the hiring and tax payment obligations of the business. She was attempting to oversee 5 restaurants when it was sometimes difficult for her to even get out of bed in the morning. It is something she deeply regrets.”

Pleading for leniency, LaBarge pointed out Diaz no longer actively owns or works in the restaurants or as a restaurant owner and over the last two to three years she made a fundamental decision to leave the business to simplify her life and focus on caring for her 101-year-old mother, Escolastica Garcia, who suffers from dementia.

Diaz still owns the various restaurant buildings but now leases them out to other restaurateurs who pay her rent.

Expressing how his client is very remorseful for having committed these offenses, LaBarge repeatedly emphasized that this was a tax and labor case, not a smuggling case.

Per LaBarge’s request, Rayes, in ordering Diaz’s commitment to the custody of the Bureau of Prisons recommended she be placed in an institution in or near Arizona to serve her sentence, for which she is required to self-surrender by noon on Jan. 4, 2017.